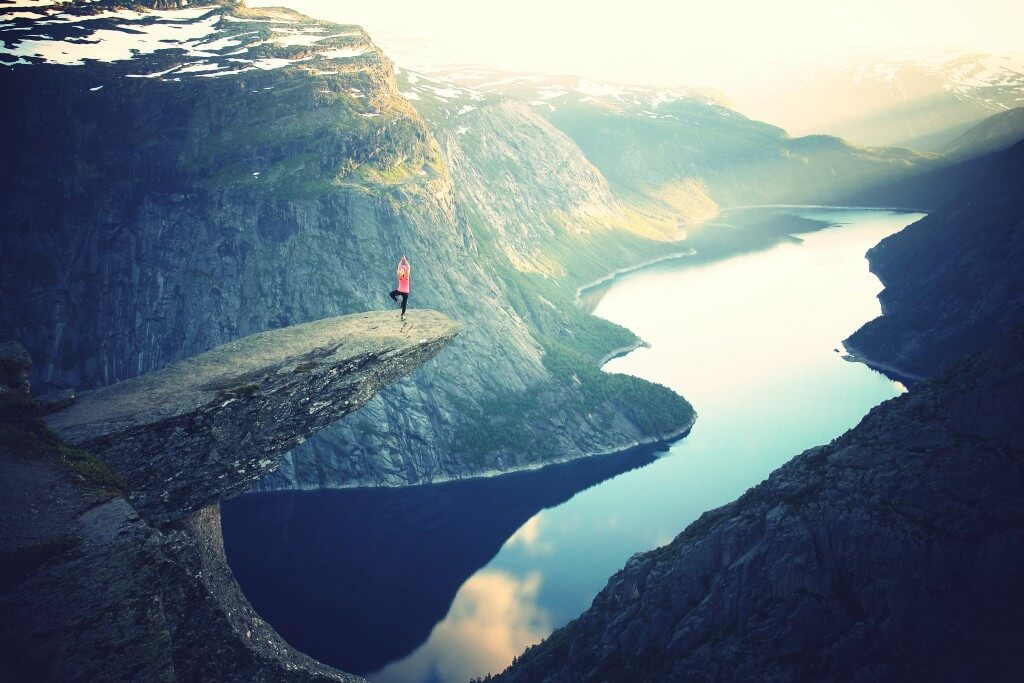 The huge strides medical science has made in the last 15 years in joint pain treatment are making their way into public consciousness.

Sports have helped push this new understanding. It was just a few seasons ago that LA Laker star Kobe Bryant flew to Germany for a then-mysterious procedure on his arthritic knee. Now, athletes and everyday professionals alike are becoming familiar with treatments such as Regenokine (what Kobe had) and PRP injections.

Pushing those boundaries has opened the doors for discussions of other treatments, such as intra-articular laser therapies.

We as a profession are standing on the edge of some miraculous breakthroughs in sports medicine, orthopedics, pain management and many other fields.

Below are 10 stories we recommend that will help give you a bigger-picture view of what all these changes could mean for the millions of Americans who struggle with joint pain every day.

Author and freelance writer Tyler Graham had a piece in Men’s Journal last year called “The Body That Heals Itself” and it provides an excellent introduction to the idea of platelet-rich plasma injections.

“The rise of PRP therapy comes at a time when experts are rethinking orthopedic surgery, thanks to a growing body of evidence showing that many common surgeries just don’t work,” Graham wrote.

“A study in The New England Journal of Medicine found that one of the most common knee surgeries performed in the U.S. — some 700,000 people have arthroscopic surgery on that joint — doesn’t repair damage done to the knee-cushioning cartilage any better than doing nothing. Similar evidence has been found for common back and shoulder procedures.”

Sources in that story predict that orthopedic surgery will one day be a thing of the past, which may or may not be true. The bigger takeaway is we as physicians are continuing to develop techniques that empower the body to heal itself, which by itself sound miraculous.

Michelle Sullivan has a recent piece in Columbus Monthly called “Dawn of the Bionic Human” in which she spoke with Drake Ross, the first patient in America to receive an artificial meniscus.

“The meniscus is a c-shaped pad of cartilage in the knee that helps stabilize the joint and protects it from rubbing against the femur and the tibia,” she writes. “Like other cartilage in the body, the meniscus can’t heal itself. Once pieces are damaged, they need to be removed.”

According to the piece, Ross had previously relied on a pair of arthroscopic procedures to remove a damaged piece of his meniscus, plus PRP injections. Both times, the pain eventually returned, and ultimately his doctors determined an artificial meniscus was needed.

The takeaway: Let’s not forsake orthopedic surgery quite yet. 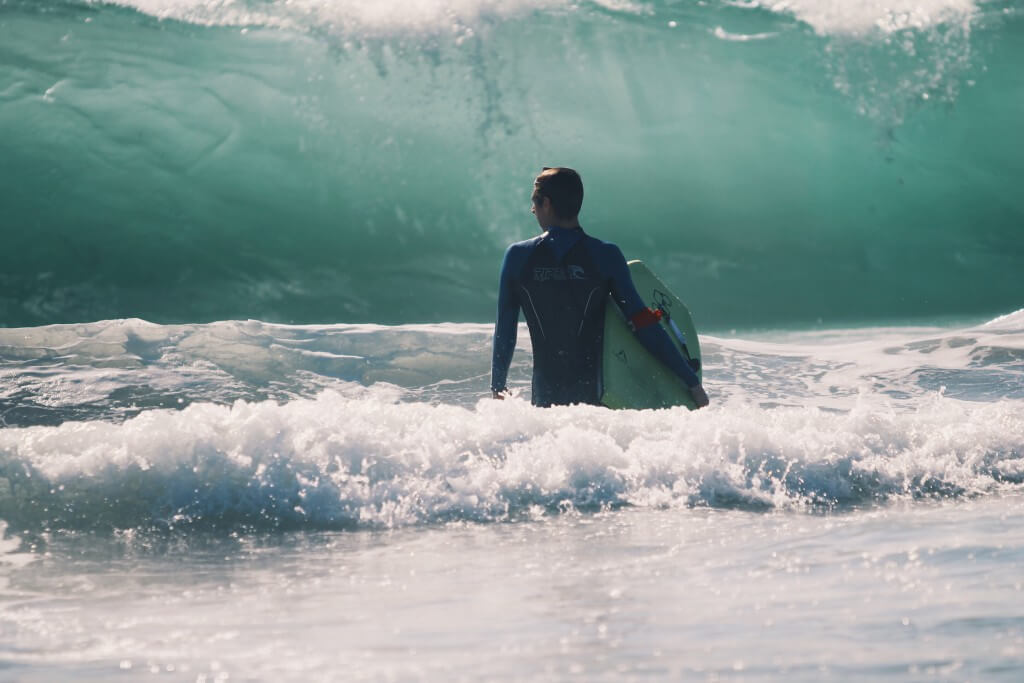 Now, there is potential for confusion at this stage of development between the PRP treatment Graham and Sullivan described above and the Regenokine treatment Kobe went through in Germany.

Running Doc Dr. Lewis Maharam laid out the differences between the two in his column in the Daily News. PRP injections, he wrote, focuses on extracting platelet-rich plasma from a patient’s blood and injecting that healing material into wherever the pain exists — a knee joint, for example.

A Regenokine treatment will appear outwardly similar, but that process extracts a protein called interleukin-1 receptor antagonist from a patient’s blood. It is then injected into a body part to suppress inflammation.

PRP injections have since caught on across the NBA. Just this season, Golden State Warriors center Andrew Bogut has undergone PRP therapy for an injured knee, according to the Warriors World writer Alex Torres, as has Portland forward Nicolas Batum, Blazer’s Edge writer Dave Deckard reports.


Intra-Articular Laser Therapies, And Other Uses For That Technology

Martin Junggebauer of German clinic Weber Medical, which specializes in cold laser treatments, lays out the varieties of laser therapies in use today in a piece for Express Healthcare.

“The range of already well-known indications includes the stimulation of acupuncture points as highly focused red and infrared laser light is able to penetrate deeply into the body and thus functions as a pain-free alternative to metal needles,” Junggebauer writes.

For intra-articular treatments, he notes, the colors of the light emitted by these lasers are important. Blue and green lasers, for example, penetrate the skin differently and offer anti-inflammatory benefits, whereas red lasers can promote increased cellular activity and tissue regeneration.

Patients are sometimes skeptical about the notion of lasers with various wavelengths alleviating their pain, but the proof is there.

Consider personal trainer George Beck in Baltimore, who told local reporter Lisa Robinson of WBAL11 TV that laser therapy made a “night and day” difference for his plantar fasciitis.

“When I woke up the next day, I didn’t have the kind of pain in the morning that I have when I get up,” Beck said.

It’s not just our specialists in Brooklyn, clinics in Germany or podiatrists in Baltimore who embrace the potential of laser treatments. Even one veterinarian in Western Michigan notably used cold lasers to help heal an injured Staffordshire Terrier named Chuck, MLive.com reported in March.

“While some surface damage and a pronounced limp remain, officials are confident they’ll be able to get Chuck into a foster home in the near future.”

In January, The Atlantic’s David Kohn reported on some particularly interesting rheumatoid arthritis treatments that involve the microorganisms living in the patient’s intestines.

“Several recent studies have found intriguing links between gut microbes, rheumatoid arthritis, and other diseases in which the body’s immune system goes awry and attacks its own tissue,” Kohn wrote.

“A study published in 2013 by Jose Scher, a rheumatologist at New York University, found that people with rheumatoid arthritis were much more likely to have a bug called Prevotella copri in their intestines than people that did not have the disease. In another study published in October, Scher found that patients with psoriatic arthritis, another kind of autoimmune joint disease, had significantly lower levels of other types of intestinal bacteria.”

Studies have not conclusively determined what role this ecosystem of organisms living inside us, called the “microbiome,” actually play, nor do doctors agree on how to leverage this knowledge for treatment.

Finally, the Cleveland Clinic’s Chronic Conditions Team has an op-ed at MSN Health that draws a direct connection between two things that experience and anecdotal evidence has confirmed for most people: Losing weight can help alleviate joint pain.

“Joints in your body’s lower half — particularly your knees and hips — bear most of your load,” said Cleveland Clinic pain management specialist Robert Bolash, MD.

“That’s why years of carrying around excess weight can cause achy, swollen, stiff joints and even full-blown osteoarthritis.”

Bolash’s advice underscores one of the most important lessons modern medicine teaches us over and over again: The best pain treatment often involves the adoption of a healthy, active lifestyle.

Get Back on the Court Faster: A Modern Approach to Tennis Elbow Treatment in Brooklyn NYC14 doctor-recommended OTC medications you should always have on hand

How to Ease Muscle Soreness with a Foam Roller

Sports Injury or Trauma? Pain Treatment is a Breeze in Brooklyn

MUA: A Proven Treatment Gets a Cutting-Edge Upgrade

14 doctor-recommended OTC medications you should always have on hand

Get Back on the Court Faster: A Modern Approach to Tennis Elbow Treatment in Brooklyn NYC

The huge strides medical science has made in the last[...]

Research suggests as many as a third of people suffer[...]

It’s not every day we get to treat active athletes[...]
View All
MENU