Pain Physicians NY (Brooklyn, Queens, Manhattan, Bronx) is the leading provider of ketamine infusion in NYC. All treatments are provided by our top rated pain relief specialists and pain management doctors in an established, professional ketamine clinic. Ketamine infusions have many possible applications which include the prevention of chronic postoperative pain as well as the treatment of neuropathic pain.

Completely new therapeutic areas for ketamine use include ketamine treatment of refractory depression. In addition to mental illnesses such as depression, ketamine therapy in NYC can be a good solution for regular physical complaints and pain.

We can determine whether a ketamine infusion therapy is suitable for you from a comprehensive medical history, your previous medical history and a discussion with you. Ketamine treatment in NYC is always accompanied by ongoing care from your family doctor.

Ketamine is a chiral derivative of cyclohexanone and belongs to the family of arylcyclohexylamines. It is structurally related to numerous other anesthetics and psychoactive substances such as methoxetamine or phencyclidine. Ketamine was introduced in 1962 and is considered to be a “dissociative anesthetic” due to the combination of psychotropic and analgesic effects.

What Is Ketamine Therapy? 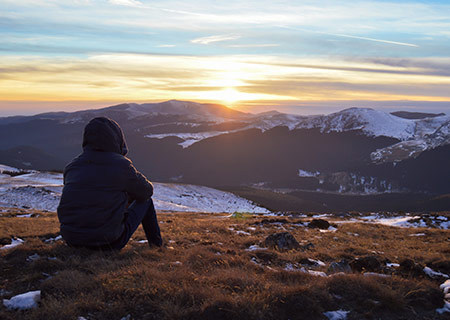 Ketamine therapy was introduced in 1999 and in the past couple of years, the number of US pain clinics has increased at which ketamine infusions are used for the treatment of chronic pain due to fibromyalgia, but also against eating disorders, obsessive-compulsive disorder, etc. Ketamine infusion therapy involves the administration of a single infusion or a series of infusions.

Researchers believe that ketamine works like other antidepressants and regulates the activity of certain electrochemical cells in the brain. The difference is that while other antidepressants respond to monoamines like serotonin, norepinephrine, or dopamine, which together make up only 15 percent of the brain’s neurotransmitters, ketamine works on glutamate, an amino acid that regulates 50 percent of the nervous system.

Ketamine combines analgesia and rapid sedation in one substance, with analgesia in the foreground at low doses. In low doses, ketamine has an antihyperalgesic, antiallodynic and tolerance-protective effect. Additional, potentially desired effects include anticonvulsant, antidepressant, anti-inflammatory, and neuroprotective effects. Ketamine thus has a wide range of potential areas of application. It affects hemodynamic stability just as little as the intestinal motor function and does not cause respiratory depression even in higher doses.

Ketamine can be used in emergency medicine, as well as intraoperatively and postoperatively to prevent chronic postoperative pain. Other possible areas of application are the therapy of chronic pain and seduction/analgesia in the intensive care unit, whereby one also makes use of its neuroprotective effect.

Call ketamine doctor Leon Reyfman, MD of Pain Physicians NY with locations in Brooklyn, Queens, Manhattan, and Bronx NYC to help you determine if ketamine therapy is the right treatment for your pain or depression.

Scientific research shows that ketamine can be a useful and highly effective drug for the treatment of certain diseases such as:

Ketamine Treatment for CRPS or RSD

There is currently no cure for complex regional pain syndrome (CRPS), formerly known as reflex sympathetic dystrophy (RSD). The primary goal of CRPS treatment is to provide relief from persistent pain and discomfort. Ketamine therapy is a great alternative to conventional treatment options and offers promising results for relieving pain. Ketamine provides relief by resetting the central nervous system’s sensitization to pain.

During treatment, ketamine calms your brain and helps it restore normal processing of pain, resulting in long-term pain relief. This is quite different when compared to opiates which actually make the patients more pain-sensitive over time. Studies have shown that ketamine infusions are both completely safe and effective when used to manage CRPS and are a great choice when other options fail to provide results.

Another specialty of ketamine is its effectiveness against neuropathic pain. This is attributed to the importance of the NMDA receptor in the genesis of neuropathic pain. However, there are also indications that ketamine influences descending pain relief and has anti-inflammatory effects.

Long-term pain relief was seen in several studies when the ketamine infusion was extended over a period of several days and improvement in pain symptoms have lasted up to three months. However, the review emphasizes that no reliable long-term data are available on the use of ketamine in chronic pain and that further research is still needed though.

How Is Ketamine Administered?

Ketamine can be administered in the following ways when used for analgesic purposes:

Complications and Side Effects of Ketamine Therapy

Ketamine side effects are usually dose-dependent and spontaneously reversible.

Is Ketamine Infusion Therapy Suitable for Everyone?

Living with chronic pain has a significant impact on a person’s quality of life. Those suffering from pain on a daily basis are ready to try almost anything which would help them relieve the pain even for just a couple of hours, not to mention days or weeks. When it comes to ketamine infusion therapy, even though it is a new therapy used for depression and chronic pain treatment, the number of those who have tried it or would like to try this kind of therapy is increasing.

However, not everyone who lives with chronic pain on a daily basis is suitable for this kind of treatment. Ketamine infusion therapy is not recommended in the following cases:

Even though ketamine therapy is a relatively new method of treatment for chronic pain, it has resulted to be very successful, especially when other treatment methods have failed. The number of pain clinics that are offering this kind of treatment is increasing every day throughout the US.

However, a great precaution and certain medical examinations are necessary before and after ketamine treatment is applied. For those who live with chronic pain daily for months or years, it is well worth a try when nothing else has managed to relieve their pain.