Get Back on the Court Faster: A Modern Approach to Tennis Elbow Treatment in Brooklyn NYC

Home / Blog / Get Back on the Court Faster: A Modern Approach to Tennis Elbow Treatment in Brooklyn NYC
0 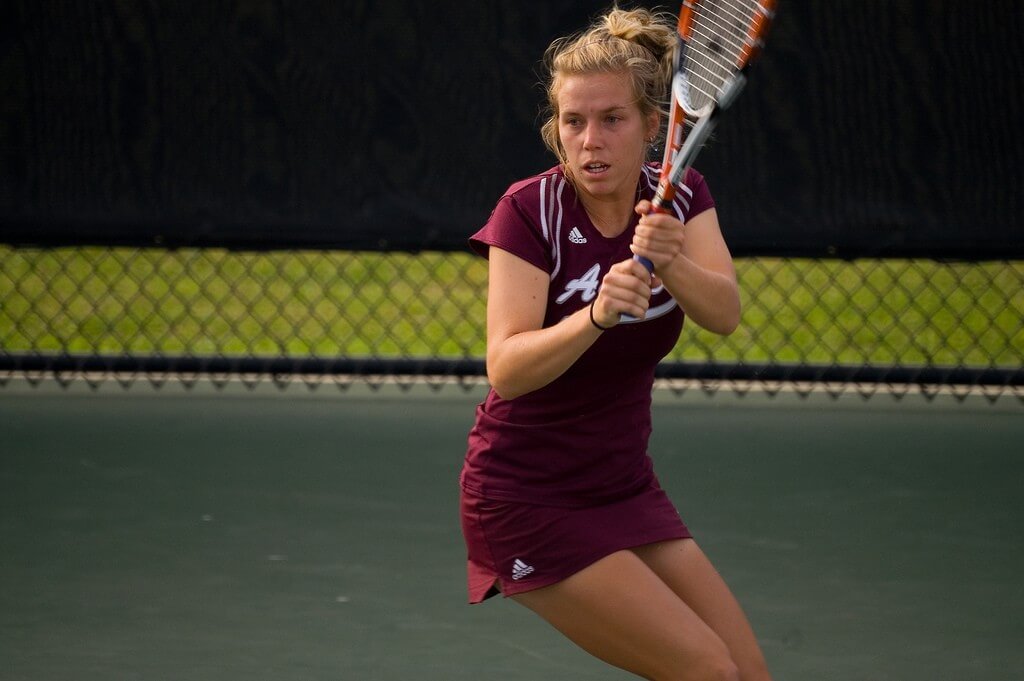 Research suggests as many as a third of people suffer from tennis elbow at some point.

While the condition is certainly not limited to tennis players, it got its name for a reason: The repetitive motions tennis players make can put a great deal of stress on the tendons that connect the forearm to the elbow joint.

Inflammation of those tendons can cause tightness in the arm and gradually increasing pain in the outside of the elbow, especially when gripping something.

We tend to see tennis elbow most frequently in patients older than 40, but younger athletes who do not proactively recognize and treat symptoms of tennis elbow run the risk of letting that pain escalate quickly.

“We ask patients not to wait and see if a pain will go away on its own,” Chiropractic and Rehabilitation Brooklyn Specialist says. “If they feel that what they’re experiencing is a bad pain — not just soreness from working out — come by and let us see.”

Problems arising from tennis elbow (you will also see it referred to by its clinical name, “lateral epicondylitis”) can multiply if left untreated. For tennis players, especially, it’s not just a matter of being unable to play. Even gripping a fork or a door knob can send pain shooting through your arm.

If we find something wrong with the tendon, it’s easier and more efficient to address it immediately. This way, there are a couple of treatments available, and the patient can be back in the game rather than facing a long process of recovery.

The key is being able to recognize the inflammation that causes tennis elbow before it becomes painful. Therefore, we should take a look at the warning signs tennis players need to be aware of.

After that, we will explore the varieties of treatments that have emerged in recent years to alleviate even severe tennis elbow pain.


Signs and Symptoms of Tennis Elbow 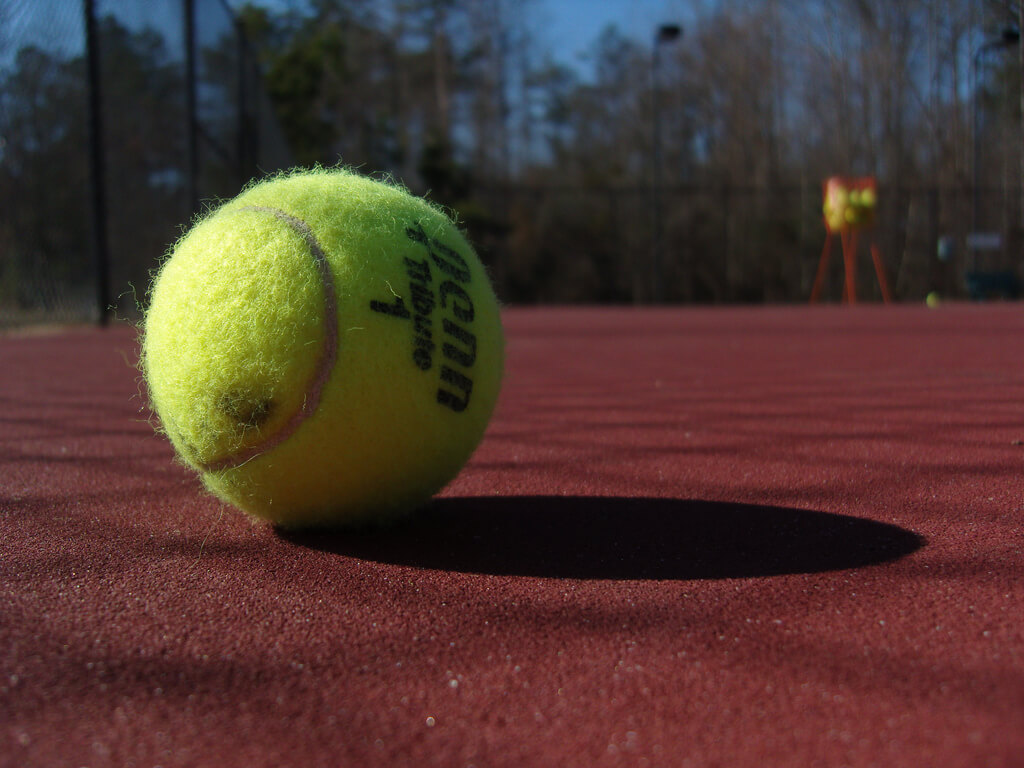 In most cases, a patient will begin to feel tennis elbow pain develop gradually. Two things to look out for are:

For tennis players, this most often occurs on the dominant arm, though certainly tennis elbow can affect either arm.

That said, tennis elbow also can occur insidiously, meaning there is no clear cause for the injury.

And again, tennis elbow can affect anyone. People whose jobs require repetitive arm movements such as plumbers, mechanics or cooks are also susceptible to developing this kind of injury.

If you are experiencing elbow pain and/or weak grip, the most important thing you can do is speak with your doctor. Your doctor will be able to:


What Happens to an Inflamed Elbow Tendon 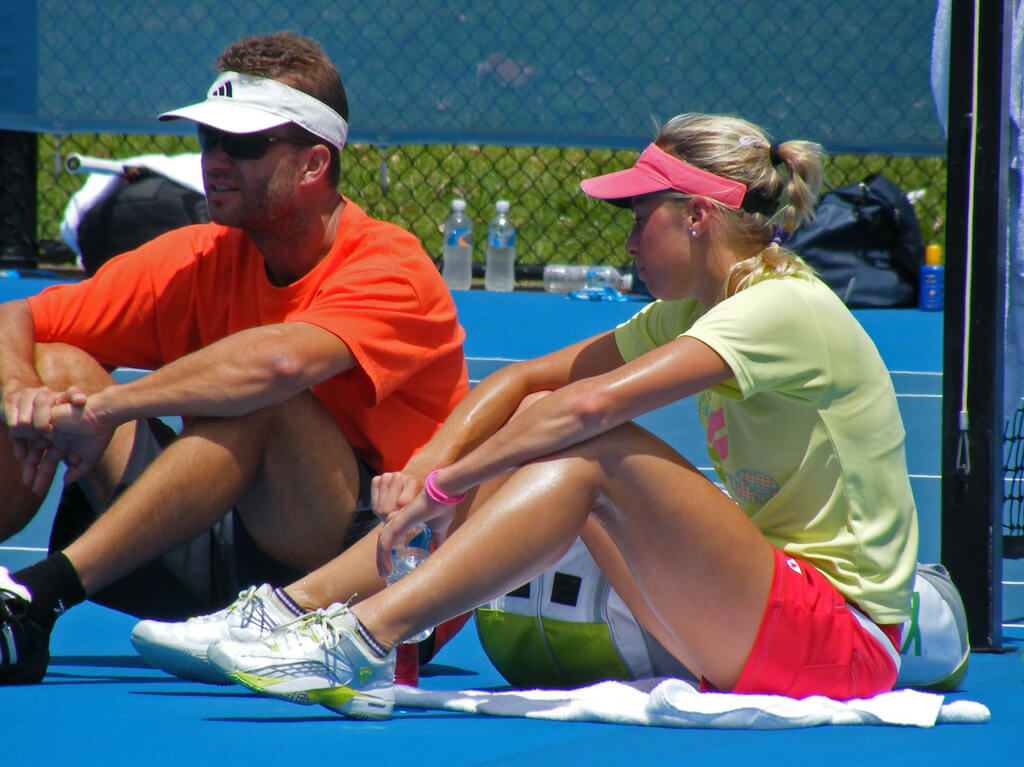 “The body is an amazing thing,” Our physical therapy specialist says. “Sooner or later, the body repairs itself. The question is how.”

In the case of a repetitive injury, the body will repair itself with scar tissue, which is not like normal tissue. Scar tissue will heal the damage done to tendons, ligaments and other such tissues, but it will actually create limitations.

Scar tissue lacks certain crucial properties such as springiness and elasticity, which healthy tissue has. As a result, it will eventually re-tear when a person performs the same repetitive movements that caused the inflammation and injury in the first place.

That’s why physical therapist stresses the need to treat a repetitive injury such as tennis elbow as soon as possible.

“It’s very important in any treatment protocol to look at the repetitive side of an injury and address it as fast as possible,” he says. “This way, the tissue can actually repair with the appropriate cells and restore itself. Otherwise, it would repair itself with scar tissue or fibrous tissue that eventually will create more tears and repetitive trauma.”

So, by gripping and swinging a tennis racket while trying to play through the pain, what you are actually doing is compounding the injury and preventing the tendon from healing itself.

To get the tendon to heal itself, there are numerous regenerative treatments that have proven effective at the various stages of a tennis elbow injury’s progression such as stem cell therapy for shoulder pain and elbow pain . 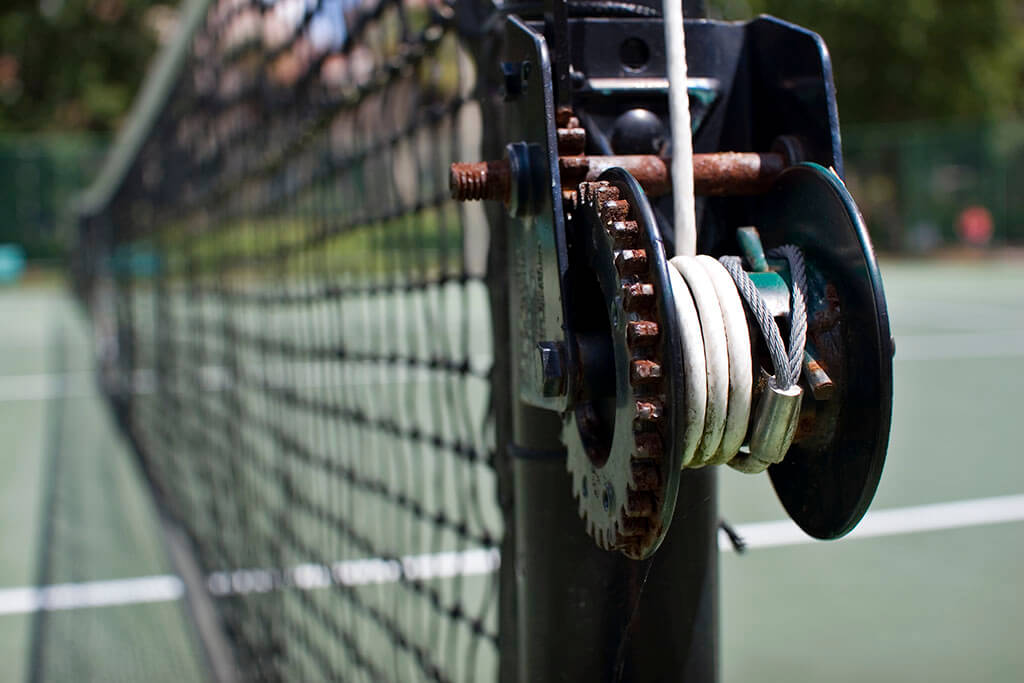 Fortunately, the vast majority of patients will not need surgical treatments for tennis elbow.

The non-surgical treatments we use include:
Rest. This is your first line of defense against tennis elbow, and it is sometime sufficient to relieve the pain and let the tendon heal.

Physical therapy. Brooklyn physical therapist says he plays tennis every weekend, and the specialists at Pain Physicians NY bring their own understanding as athletes to treating sports injuries.

Specific exercises that help strengthen the forearm and the elbow will be tailored to each patient’s needs.

P.J. Simmons at The Road to 4.5 Tennis has a helpful post about how he used physical therapy to treat his tennis elbow, which he began to experience after performing a one-handed backhand incorrectly.

“At the time, I had a crushing workload and couldn’t imagine taking time to go to physical therapy,” P.J. writes. “I tried to back off playing for a while and do the ice/ibuprofen thing, but it just kept getting worse (working at a computer 10 hours a day didn’t help).”

Ultimately, P.J. created his own physical therapy routine, though we would highly, highly advise speaking to a doctor before attempting self-prescribed treatment protocols. Nonetheless, PT worked for him.

Figure competitor Lisa Moskaluk writes on her blog about her experience with tennis elbow and using shockwave therapy to treat it. Lisa says a combination of shockwave therapy and intra-muscular stimulation “seemed to steer me on the right path to pain free.

“I was experiencing several days in a row without pain, but it would come back — and it still always hurt when I was lifting — which was every day,” she notes.

Ultimately, though, she says she required corticosteroid injections to manage the pain during her figure competitions.

Included in these approaches are platelet-rich plasma injections, which we use to help chronic knee pain.

Corticosteroids, however, are not regenerative therapies, which is why Lisa describes them as “a last resort” for her pain.

“You can only get up to three injections of cortisone a year because it weakens the tendon,” she writes. “Also, studies have shown that, despite the immediate relief of pain, symptoms often return 4 to 6 weeks after the injection. This supports the argument that [lateral epicondylitis] is a degenerative tendon issue, over an inflammatory one.”

Intra-articular laser therapy. We were the first clinic in the United States to utilize laser technology to actually irradiate damaged joints with lasers of various wavelengths. We have seen significant improvements in patients with laser therapy, which is painless and requires no anesthesia.

If the above treatments prove unsuccessful after several months — which is rare — we might recommend surgery on the injured elbow. Typically, surgical therapies involve either opening up the elbow or making small incisions with arthroscopic tools to repair the tendon.

But there are many treatment options to explore before discussing surgery. We recommend that any tennis players experiencing symptoms of lateral epicondylitis — elbow pain, weak grip — first consult with their doctors to diagnose the problem and create a therapy protocol.

How to Ease Muscle Soreness with a Foam Roller

Sports Injury or Trauma? Pain Treatment is a Breeze in Brooklyn

MUA: A Proven Treatment Gets a Cutting-Edge Upgrade

14 doctor-recommended OTC medications you should always have on hand

The huge strides medical science has made in the last[...]

Research suggests as many as a third of people suffer[...]

It’s not every day we get to treat active athletes[...]
View All
MENU